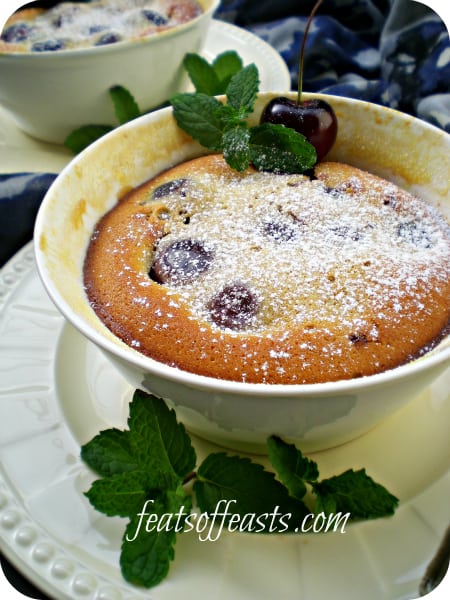 I know I haven’t been posting a recipe for a while now, the last week was more about maintainance work to the blog. First, starting with the construction of the new recipe index and also cleaning up some of the blog features, taking away stuff that’s useless and redundant and putting in new features that’s more convenient for your browsing. Hubster has been helping me a lot with this so thank you hubster!

Okay, updates….I am about 22 weeks into my pregnancy now. I’m eating all the time even if I don’t feel that hungry, like every two hours. Bub in the oven is rather consistent with her timing. She’ll kick vigorously when meal times are near. Oh, BTW…it’s a girl. 🙂 I found that this time around, it feels more heavy than the last time. I don’t know why….I didn’t show any obvious bump with the first one till I was 6 months but for bubs no.2, it was rather quick and ‘sudden’. Although some might argue that it’s not that big of a bump for a 2nd tri….it certainly feels that way.

Tea times are a must now, though prior to being preggers….I would not eat anything in the evening for fear I would spoil my dinner. Jusco was selling cherries for a rather reasonable price last few days, I won’t say they’re cheap as chips but reasonable. So for tea yesterday, I made a cherry clafoutis. I’ve seen other fruits go into clafoutis like raspberries, blueberries and all the other berries but I have cherries. Some might argue that it is better to leave the cherry stones in when baking so the flavour would be more aromatic. I hate the thought of picking out pips through my clafoutis when I’m eating it. 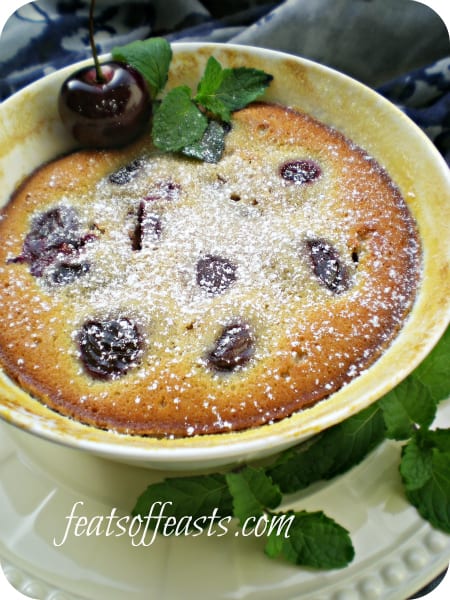 Clafoutis is basically fruits baked covered in this thickish-pancake-like batter. When I was mixing the dry ingredients for this dish, I mistakenly used nutmeg instead of cinnamon. No wonder it smelt kinda strong and so not Christmasy. *sigh….I was hoping this absent-mindedness thing that comes with being preggers would not occur this time round. My first pregnancy, my sense of space was totally off-balance. I kept bumping into corners and bashing my pinkie toe on sharp sides. Yes, to all husbands out there….this happens when you’re pregnant, stop criticizing women for being clumsy. You don’t know what it’s like carrying a sack of rice in front of you for 9 months. 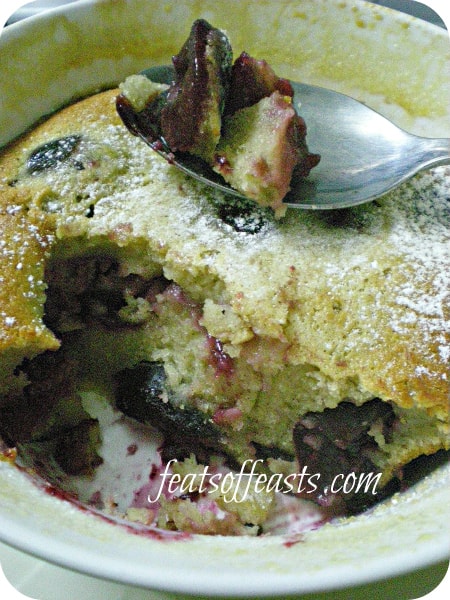 Back to the clafoutis, it smelt gorgeous in the oven and though I didn’t intend too because when I ate the clafoutis it was past 6pm, I finished the whole bowl. Ooops…and then had dinner again round 8.30pm. I was suprised I could still eat or even move after that. 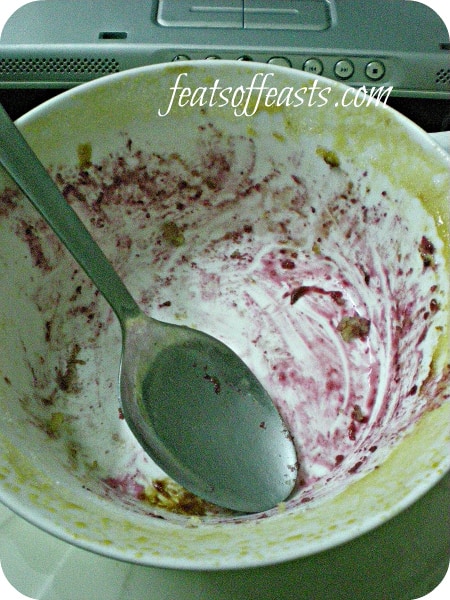 I won’t say the taste was uber fantastic…but it was a nice tea-dessert. 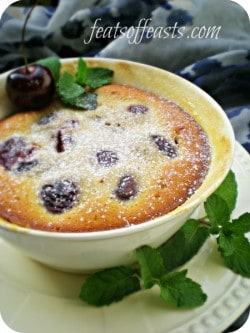 Cherries, about a cup and a half,
stems removed, halved and pitted 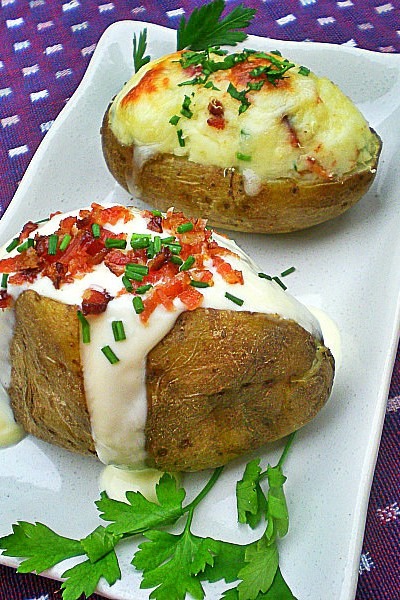 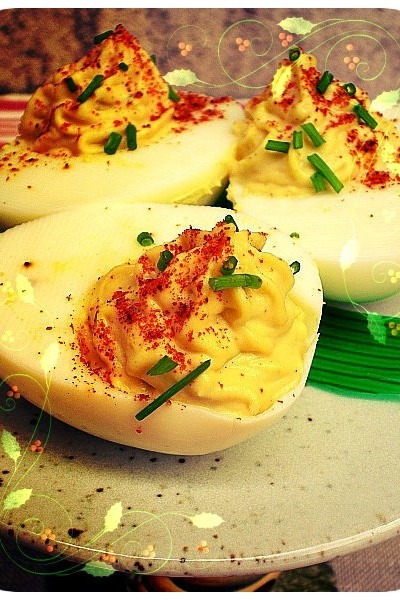 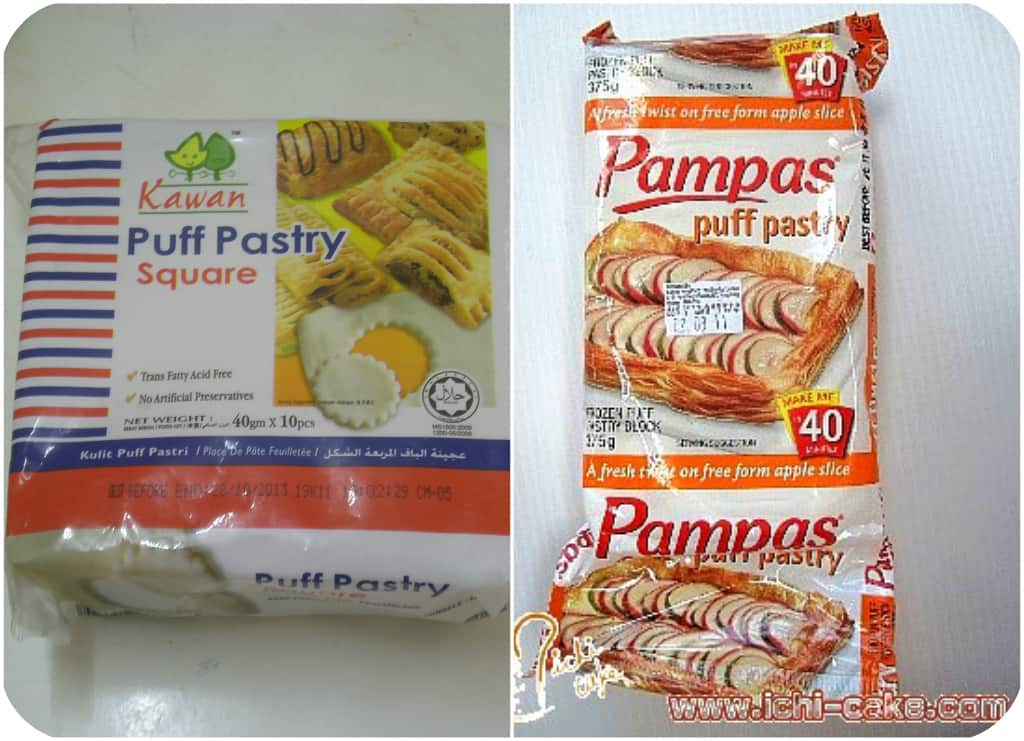 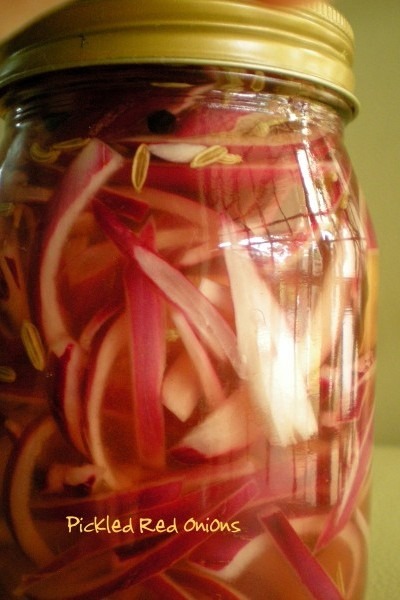