St. Patty’s day was last Saturday. Now, for here…it’s not really a big thing except pubs and bars will have theme nights on this day and they’ll be parties and drinking going on all night long. I was at a tea party myself. I have never really celebrated but I was seeing an influx of stout recipes on food sites and would love to test out this stew. 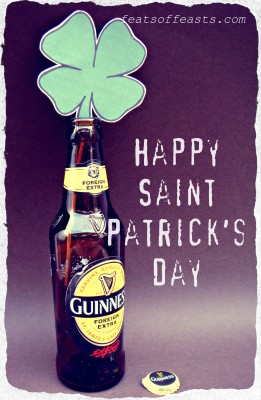 I first saw something like this being made of one of the episodes of Chef At Home. It looked so good on TV but I was apprehensive because…well, I’m not the biggest fan of Guinness (GASP!!!) When I first poured the ENTIRE bottle of Guinness into the pot, immediately there was that strong waft of stout permeating into every corner of the kitchen. I’ll admit, it got me misty-eyed because it was rather strong but proceed with  faith! 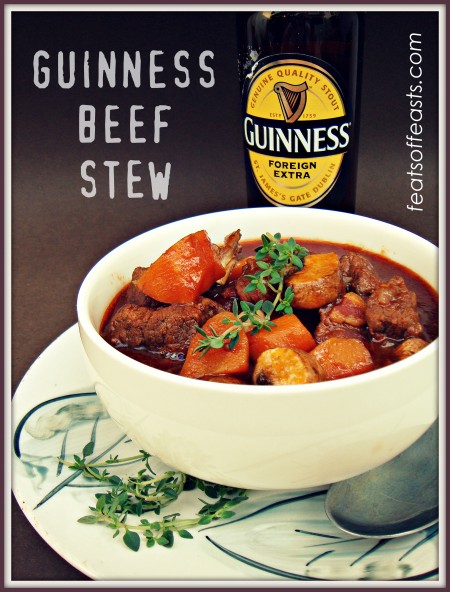 A lot that went into this recipe was something that had little amount left in the fridge that I thought I’d just toss it into the stew. But you don’t have to go all out of your way to put the exact same ingredients, I think it would still taste smashingly good without the optional stuffs. 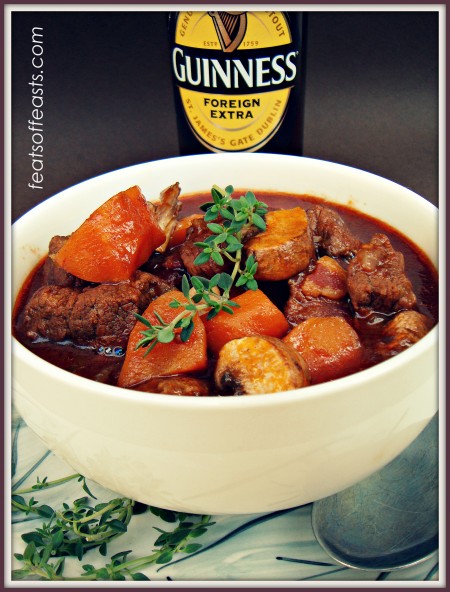 Before I served this to my family, I warned my husband that this stew had Guinness in it (which by after 2 hours, smells completely different already) and told him I cooked this as a menial ode to St. Patty’s day. He, in his own comprehension asked, ‘What does stew have to do with St. Patrick’s day?’ 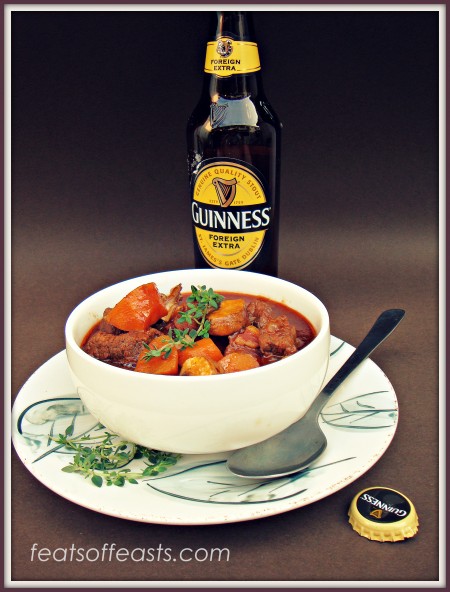 This stew was really out of this world, I know it’s one thing to be full of superlatives for your own cooking but seriously it was good. I won’t say that people with acquired taste to stout can only enjoy this. I’m not one of those people that enjoys Guinness all on its own but am amiable to try it in different sorts of things like in brownies, cakes or maybe with ice cream. 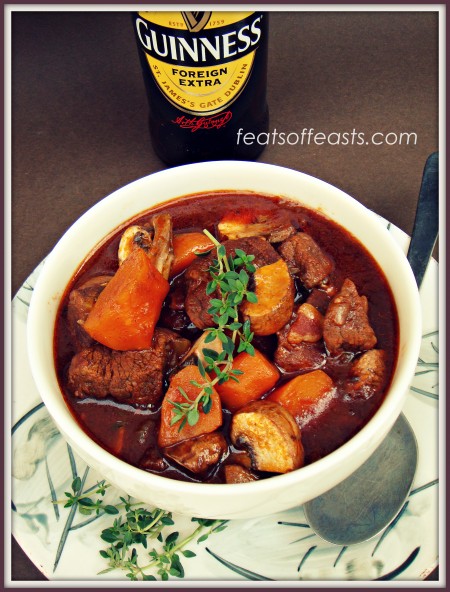 When I tasted it first, it was stew alright…then you get that bitter undertone of the stout at the back of your throat. But after several spoonfuls, you find yourself enjoying it’s heartiness rather than the aftertaste. Even my son enjoyed it very much with rice because of the rich gravy (my son is almost 3 so I don’t worry so much about the alcohol content in the stew partly because after two hours of simmer, the alcohol would’ve cooked away but I won’t recommend this to pregnant ladies at the moment).

1. Pat your cubed beef dry with kitchen towels. Season them with a little salt and dust them in flour. Shake off the excess.
2. In a heavy based pot, pour some olive oil and cook the bacon first then dish it out. Brown the beef in batches in the oil. Dish it out and put it aside.
3. If there’s too much grease in the pot, pour some of it out. Sautee the chopped onions, celery and carrots. Add garlic after that.
4. Pour in the whole bottle of Guinness and 4 cups of beef stock. Scrape the brown bits at the bottom. Add thyme and bay leaves.
5. Add the heaping tablespoon of tomato paste and a few dashes of Worcestershire sauce.
6. Add your other seasonings like paprika, salt (sparingly) and pepper.
7. Let it come to a boil and then turn the heat down to a simmer. Cover with a lid and simmer for the first hour, stirring every half hour so the bottom won’t get stuck. Dunk in your optional cherry tomatoes after an hour. Simmer for another hour till the meat is tender and breaks apart easily.
8. If it’s looking too dry, add more beef stock. You can also opt to use a dutch oven and bake it in the oven. I didn’t have one but simmering the stew works just as well.
9. At the very last second, take out your thyme twigs and bay leaves. Taste and adjust seasoning. Add your mushrooms. Cover back with the lid and turn off the heat.
10. Eat with rice, pitas or on its own! 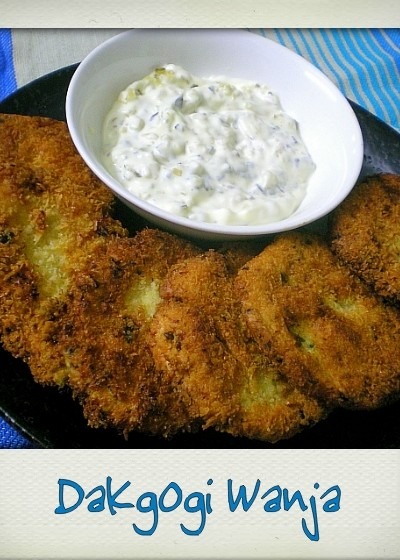 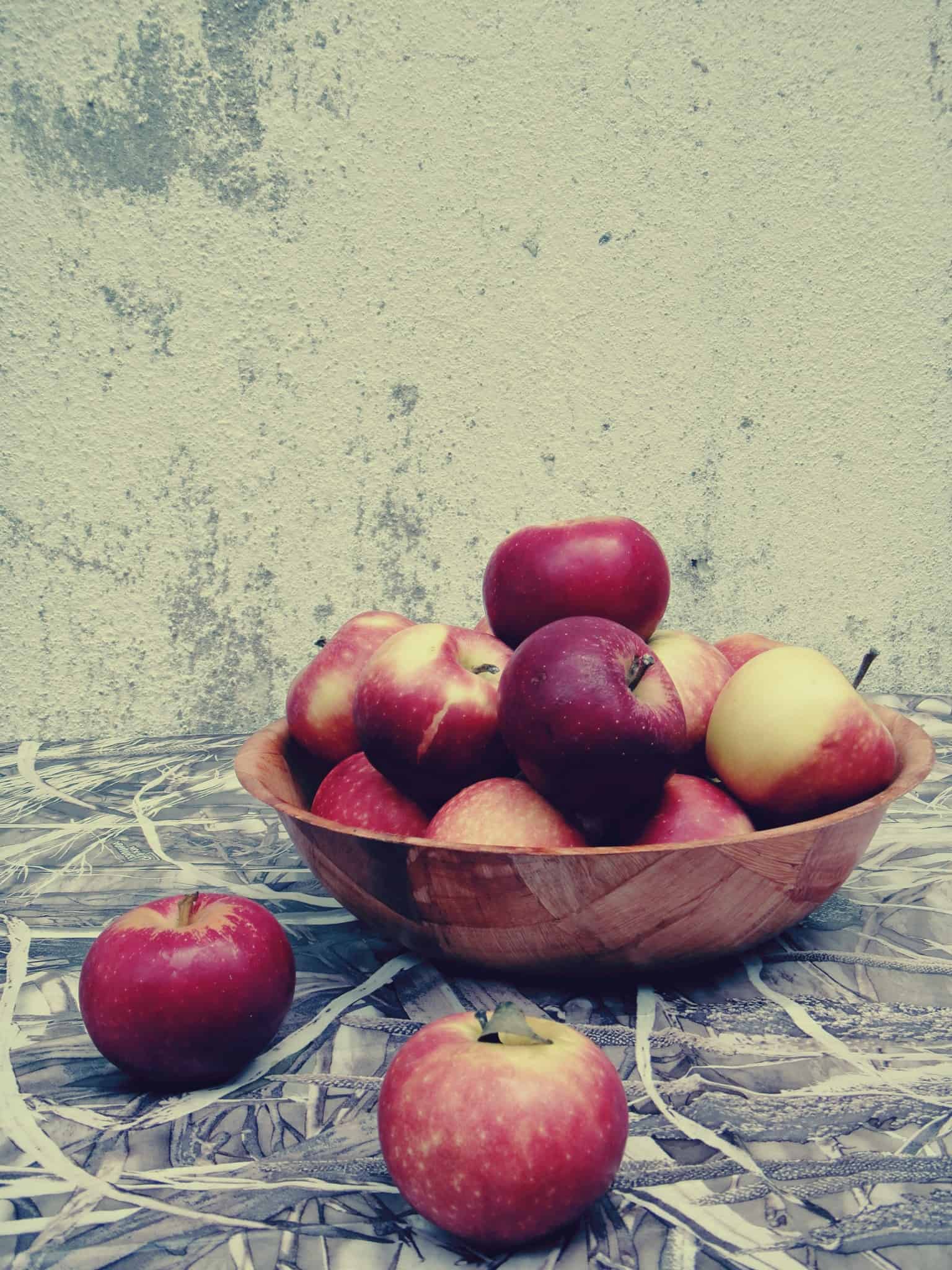 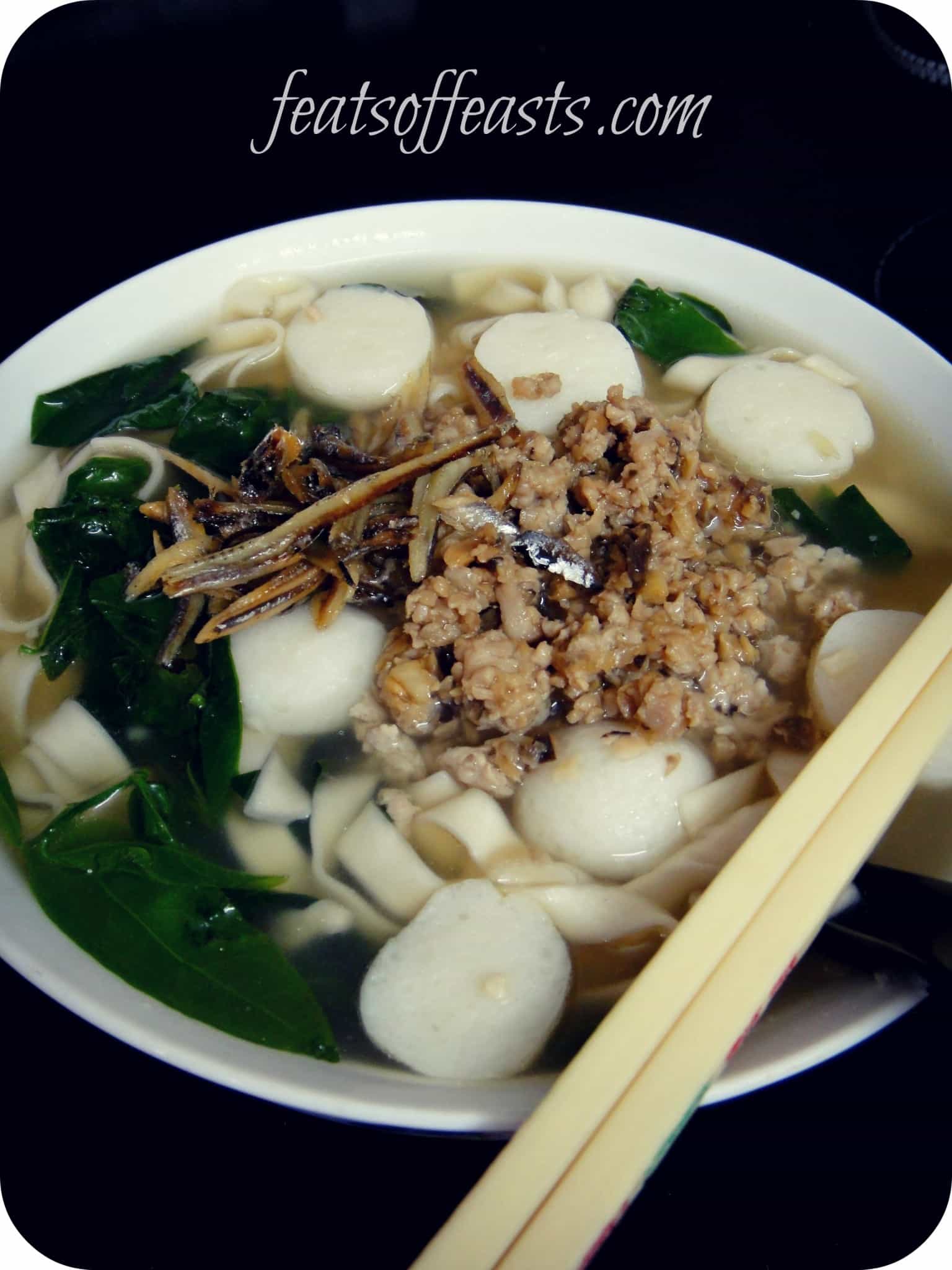 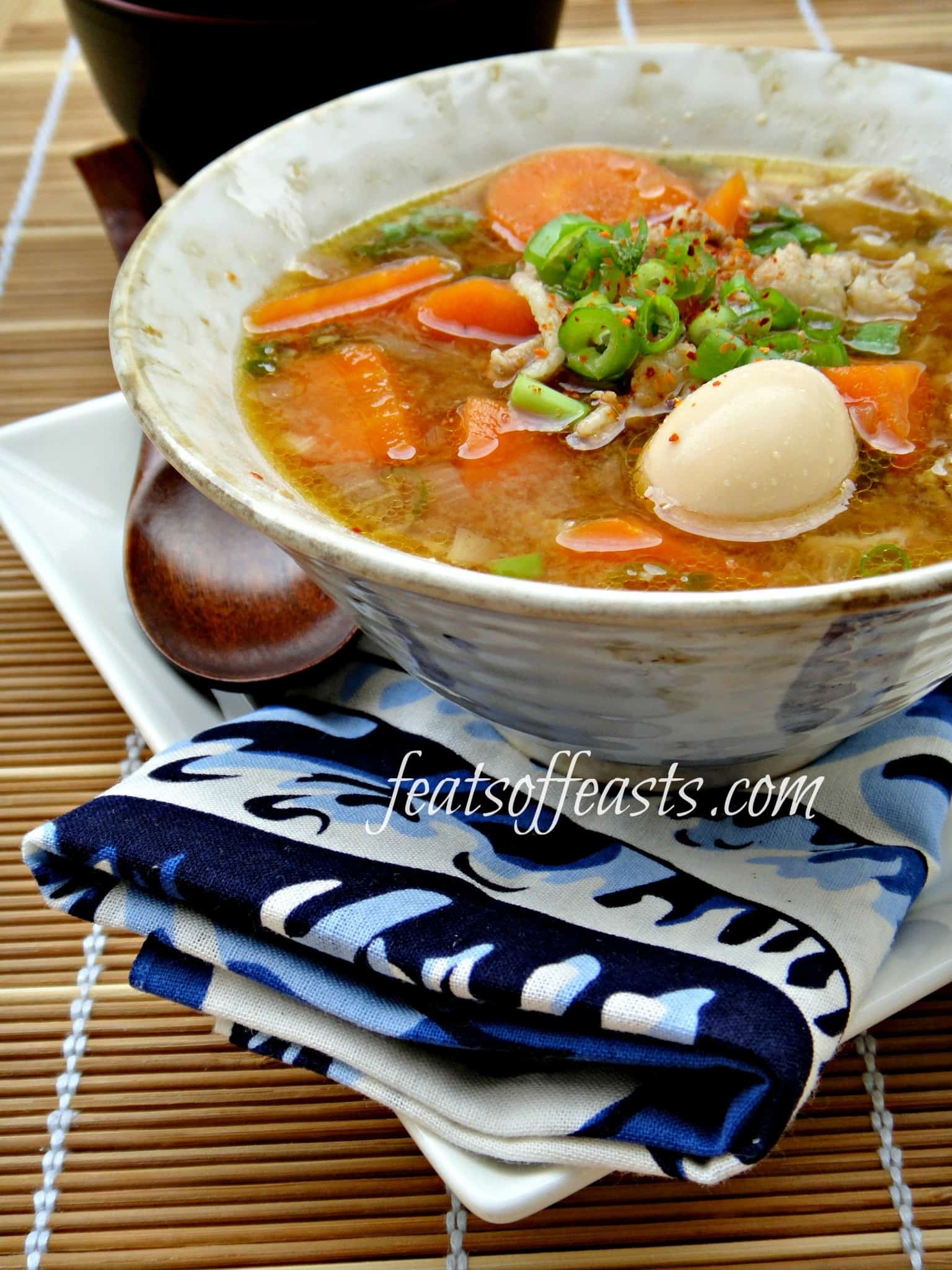