My little man is having bouts of cough and flu and has been that way since the getaway. I put off seeing the doctor, one; because he doesn’t have a fever and two; I don’t want to be spending money just to be prescribed antibiotics again. So for now, I am limiting his diet to no fried stuff, plenty of liquids and fruits and rather bland meals of porridge and steamed dishes because I gather his flu is making his taste buds dull anyway. This dish is similar to the steamed egg custard and the chawanmushi although I think this is more forgiving than a custard because having bubbles or holes in a custard is sacrilege! 😛 I think if you wish to be a real perfectionist, you can sieve the beaten eggs to get rid of the bubbles before mixing it with the pork but heck, I don’t think anyone…least of all my son is gonna care.

So, that’s why I didn’t call this dish a savoury custard, but this dish is so common among the Chinese community. If you go to economy rice stalls, you’re bound to see this. More commonly, this dish is mixed with chai po (a type of pickled radish) but I left it out because I don’t think my son likes it. Some versions will have the steamed pork drowning in gravy, I have a feeling they make the gravy separately because if you mix in too much water or stock, you lose the density of the pork. Unlike the silky, soft, tofu-like egg custard, this has to be quite dense.

Because of his flu, he’s having difficulty breathing so he’s been waking up in the middle of the night and gets all moody in the morning due to lack of sleep. To cheer him (and probably myself) up a little, I made a batch of his fav banana choc chip muffins (below). This always puts a smile in his face and after several muffins, he would grin at me with his chocolate covered moustache to show his gratitude.

1. Beat the eggs first in a big bowl. Mix in the minced pork and break everything up with a fork. Make sure the pork and egg are thoroughly mixed.
2. Add in the rest of the ingredients. If you’re worried about the amount of light soy sauce, I find that if you don’t put that much, it can be rather bland.
3. Beat everything together with a fork. Transfer the mixture to a shallow heat-proof dish. Steam on a fairly low heat for 15-20 mins or until the juices run clear when you prick it in the middle. Do not steam all the liquid away.
4. Garnish with more scallions and fried shallots. 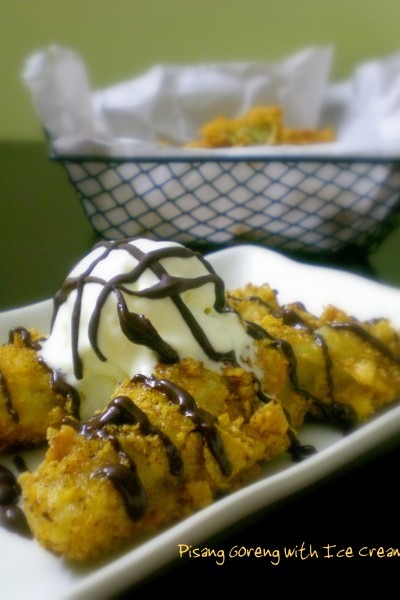